On Sunday January 24, 2010 SLATES played a concert in Jatibonico, Cuba.

The venue was an outdoor courtyard area, typical to where we had become accustomed to playing in Cuba. However, this time the largest sugar factory in Latin America was a backdrop to the stage, roaring with industrial noise to compete with: 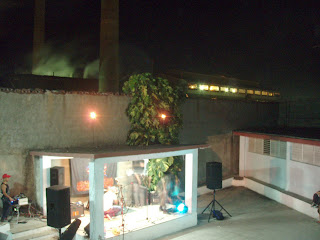 SLATES handled the situation by doing what we do best…we dimed the solidstate Crate amplifiers we brought down with us and played loud and played from our hearts. Between SLATES & the sugar factory the concert probably had the equivalent decibel level of fighter jets taking off. We gave Jatibonico one hell of a show. They gave us one hell of an audience – holy Cuban slam dance mang! 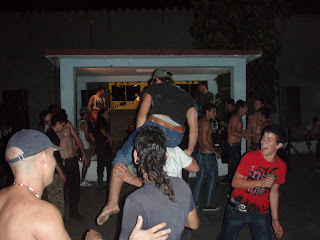 Here is video footage of the Jatibonico concert in all it’s glory!