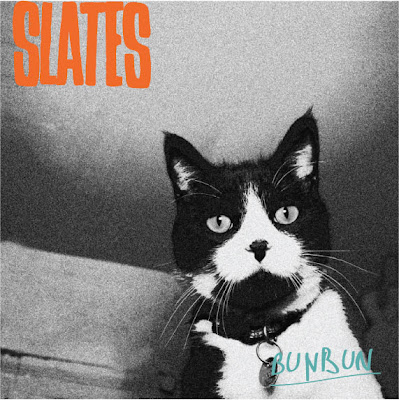 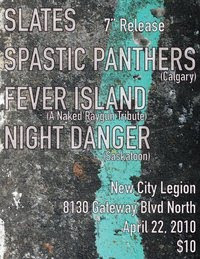 Resurrection Saturday, April 23
WHAT’S UP HINTON @ The Woodcutter!
The Sorels
SLATES
Whiskey Face
We love playing Hinton, Alberta. This will be a savage party animal show. Shout outs to Chrispy Blame-It in the Sorels (who by the way have just released a new record!) and Choicey Moves shredding the 335 in Whiskey Face. Some of you folks who have a spot reserved in Heaven might need to take er easy since Mom scheduled Easter dinner the following day.

Easter Jokes aside …IN OTHER NEWS…

SLATES have also been making waves in Europe. We have received several favourable reviews from European zines, blogs as well as radio play.

We have a couple new jamz on the grill. Working titles include Vanilla Jamz, Jaws Jamz, Juice(?)Storm, and finally…Indiana Jamz & the Temple of Doobs. Total bangers n mash.

MAY 2nd … please take the time to VOTE in the federal election.
SLATES is based out of the infamous Edmonton-Strathcona riding and we support our incumbent “socialist” MP Linda Duncan (NDP). We know what you are thinking...what the hell kinda’ Albertan’ band are ya’ ? Well, you can be a rodeo lovin’ Albertan and still vote left of the far right of centre. You could also be a rodeo lovin’ Albertan and not give a fuck. The choice is yours. Take the time to educate yourself on all the parties positions (or lack thereof) and make your own informed decision on May 2nd. Oh Anxiety ! 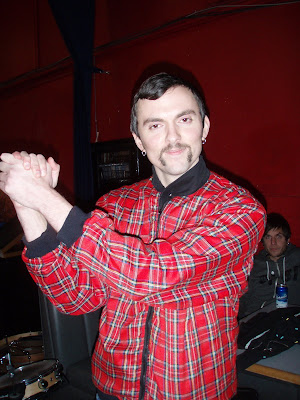 (Editors Note: Our beloved James “105 Street 4 Life Yo” Stewart wanted to express his downtown pride and how it sustains him. James resides in the Edmonton-Centre riding where the incumbent “Harper Government” MP is running, yes, again. I guess a retired Air Force Colonel could probably make a great advocate to spend billions on new fighter jets, yknow so we can stay involved in anti-terrorist warfare and defend our cut of the North Pole…but I digress.

James wants our blog readers to know that this makes him very sad. So VOTE and give James a hug when you see him, eh.)

We are going to be taking it easy in May. Eric is going to China to get all Jon Joseph on us at the Shaolin Temple (no, seriously he is). And Stefan is going to check out the grunge renaissance in Seattle. (Editors Note: Our life coach and beloved SLATES electrical bass player “Stefan” is actually going to Jersey, not Seattle. Not sure what he will be doing there but Glen Danzig, Snooki and DJ Pauly D unfortunately all come to mind.)

SLATES are then going to hit er hard in June. We have the long awaited release of our second LP “Prairie Fires” (Handsome Dan Records). We will be setting up our release shows shortly so check in on this blog to be updated with the release show details.

In the meantime, creep slates.bandcamp.com where you can find 3 songs from the upcoming “Prairie Fires” album, available for free download.

Oh, we have been invited to play SLED ISLAND in June, Calgary. We’ve heard Temple Of The Dog will be one of the headliners this year and we are super excited to have the opportunity to open for them. 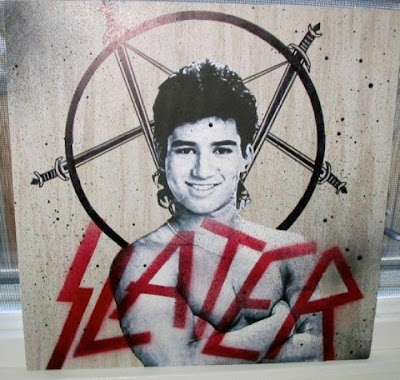