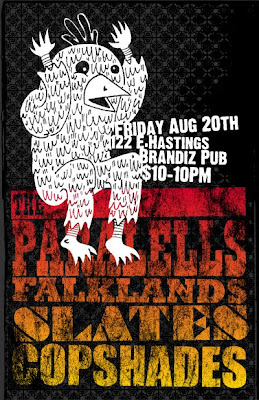 We are stoked to have an opportunity to play some jamz for the Vancouver crowd. Especially with our pals Falklands as well as the Parallels.

About 8 years ago Eric’s old band The Operators played often and got connected with Vancouver’s The Hoodwinks. The Hoodwinks then transitioned into The Parallels with a new sound…so it will be exciting to reconnect friendships with this show on the west coast. 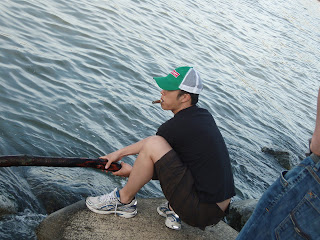 And feel free to join and celebrate the love of Ed Chu on his official facebook fan club page.

SLATES are anticipating a redd hott session with Sir Jesse Gander aka The Beenie Prophet once again at the studio controls.

We’ve got a baker’s dozen of songs in the oven right now and are viciously rehearsing over the next 2 weeks to record our sophomore LP. By ‘viciously rehearsing’ we mean aligning the rhythms, finalizing some profound lyrics and melodramatic phrasing, fine tuning the twin guitar assault, drinking red label Keystone, and for pete’s sake getting Eric to stop shredding so irresponsibly. 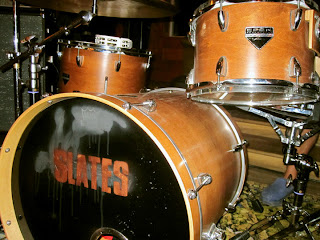 ———————————————————————————-
Finally…we’ll leave you with a killer quote from our show in Hinton last week. It comes courtesty of Krazy Karla who is the mastermind behind The Metal Mountain Festival happening this weekend…

Right on, Karla, right on. That totally made my night 😉